On one of the clipboards that takes up too much space in my cubicle, I have kept a running list of cartoonists best known for their comics without words. The Schmulowitz Collection of Wit and Humor is my go-to resource for examples of this comic art form; as I find them I add the names of the cartoonists (and their characters) to the clipboard. What I will do with this list is anyone's guess, but it's turned into a lively assortment of nineteenth and twentieth century captionless cartoon creators...and now a blog post.

Erich Ohser (1909-1944) was a political cartoonist, whose caricatures of Adolf Hitler and the Nazi Party caused him to be blacklisted in the early 1930s. He took the pen name E. O. Plauen, a direct reference to his hometown in Germany, and created the comic strip "Vater und Sohn" (Father and Son), introducing readers to the comical adventures of a rowdy father and his side-kick son. 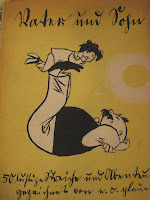 The cartoon debuted in the Berliner Illustrirten Zeitung in September 1934, and ran until December 1937. Each panel of "Vater und Sohn" is a story in pictures, universally enjoyed without the interruption of text. The interaction of the two characters, in mutual support and friendship, often depict this bald and chubby father, with plenty of mustache, and his wild-haired son in gently humorous scrapes and pranks. Although E.O. Plauen would become one of the most beloved comic artists working in pre-World War II Germany, by 1944 the Gestapo would arrest and imprison  him and friend Erich Knauf for allegedly making jokes about Hitler. The day before his trial he committed suicide. He is buried in his hometown of Plauen, where the E.O. Plauen Museum celebrates the life and art of this father and son. The E.O. Plauen Prize is awarded for outstanding living caricaturist.

Read more about E.O. Plauen here (in German), at Deutschsprachige Comics (in English) and at the Lambiek Comiclopedia (in English). 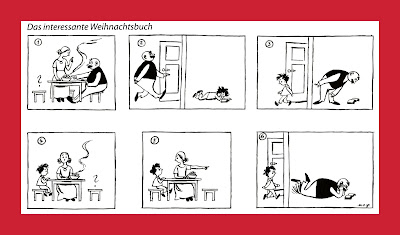 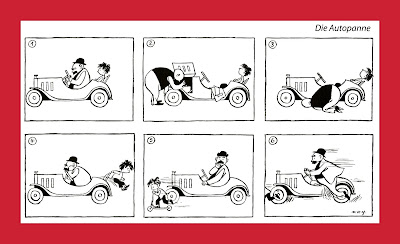 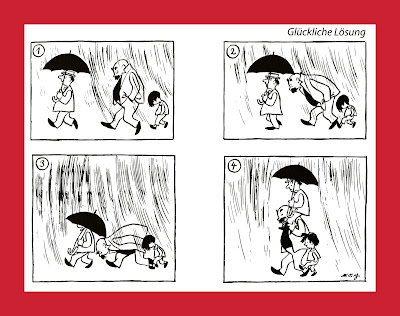 cartoons without words comics without words E.O. Plauen Erich Ohser Vater und Sohn
Special Collections Librarian
I work with the most amazing collections and library staff. If you're interested in the history of printing, calligraphy & lettering, wit & humor on every subject, little magazines and zines, then we're the library for you. San Francisco Public Library is dedicated to free and equal access to information, knowledge, independent learning and the joys of reading for our diverse community.